The evolution of the underground mosquito 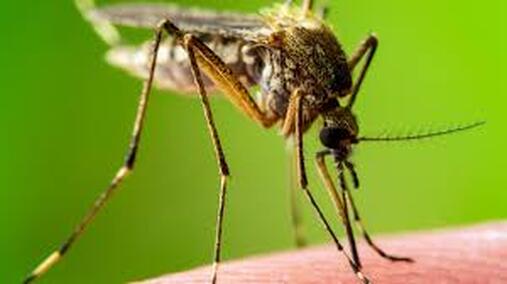 Drawing off of the different personalities wild animals can hold, probably the most annoying personality is that of the mosquito. Mosquitoes leave itchy, irritating bites behind and their presence is infuriating. These blood sucking creatures transmit deadly diseases such as Encephalitis, Filariasis, and the West Nile. There are more than three thousand different species of mosquitoes and this number seems to be increasing due to humanity’s structural barriers. We often do not think about the structural units we create. We know they provide us with a great advantage, but how does this affect the other species? You probably don’t think the underground subway line would affect the evolution of mosquitoes, but they are actually creating a whole new subspecies of mosquito by isolating specific groups.
The London Underground Mosquito is a subspecies of the Culex pipens, which is the common mosquito. This insect had a few hallmark characteristics. The Culex pipens feed on blood from birds. These mosquitoes also hibernate in the winter to avoid harsh cold conditions. In order to lay their eggs, female mosquitoes require a blood meal prior to using large amounts of space to mate in swarms. These distinct characteristics of the Culex pipens vary greatly from that of the London Underground Mosquito. Found in the underground subway lines, the subway lines are a complex network of tunnels used to transport thousands of people every day. They are so secluded from the aboveground life that the subway lines were a useful hiding place for people to hide during the Blitz in the 1940s. The tunnels were a breeding group for a variety of insects. The mosquito found its way into the tunnels which ultimately led it to evolve into distinct subspecies. This is an example of peripatric speciation. Peripatric Speciation is when a new subspecies is formed from an isolated peripheral population entering a new niche.
This new subspecies of mosquito, the Culex pipens molestus, was first observed in the 1940s. Since the mosquitos were now underground, they were no longer exposed to the harsh winters. This meant that the subspecies no longer had the need to hibernate. The mosquitos found in the subway line adapt to feed off of humans instead of birds.  In addition, these mosquitoes developed new mating behaviors. The mosquitoes no longer mated in swarms; Culex pipens molestus mate one on one and the females no longer require a blood meal before laying their eggs.
All of these genetic differences have isolated the Culex pipens molestus from the Culex pipens. These genetic differences were caused by the man-made structural barriers that physically separate the two populations. Because of these barriers, the two species were only able to breed with the subspecies of mosquito who shared the same genes due to their isolation. This showcases just how human structural barriers shift the evolution of animals. The Culex pipens molestus would never have evolved had humans not put up the barriers that isolate populations and cause new subspecies to emerge and conform these new environments.