​The evolution of the Butterfly 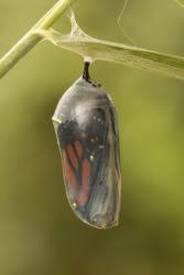 “The Butterfly Story” is a tale that is commonly told. A man is watching a butterfly in a cocoon. There was a small opening in the cocoon one day. The man watches the butterfly struggle to get out of the cocoon.The man decides to help and he uses a pair of scissors to cut open the cocoon. The butterfly emerged but it was deformed. The butterfly was unable to fly because its wings were shriveled, so it was left to crawl for the rest of its life.The moral of the story is that things need time to fully develop. Even though there was an opening in the cocoon, it doesn’t mean the butterfly was done growing. Life doesn’t need any interference, nature just needs time (2014). One unknown interference that is causing butterflies to come out of their cocoons much earlier is artificial lights at night. This is causing butterflies to become underdeveloped and as a result a compromised circadian rhythm has evolved.
“The Butterfly Story" relates perfectly to the next example of how humans impact the evolution of life around us. Growth and circadian rhythms are very dependent on light and dark cycles in insects and animals. The change in days regulates pupation in larvae and this is monitored by the change in light exposure. Just like in humans, dark cycles produce an important molecule called melatonin that has many biological functions such as supporting the health of various organs and body parts, regulates sleep, and assists in controlling the release of growth hormones (Desouhant, 2019).
In many insects and more specifically larvae, the exposure of light determines how long the larvae will pupate or grow. This is the portion of a butterfly’s life where they grow and develop inside a chrysalis or a cocoon. The insect usually stays inside for 10-14 days to finish fully developing. The insects know how many days they’ve been in pupation because they can still monitor the light exposure from inside (Desouhant, 2019). Due to artificial lights at night, there are no longer light and dark cycles. There are only light and less light cycles which insects are unable to differentiate between. Because the pupa are constantly exposed to light, there is difficulty in discerning when the pupa are developed enough to terminate pupation. Because the pupa are receiving false or misdirecting environmental cues, the result is reduced larval developmental time. This greatly affects the size and growth of the larvae. These insects are evolving to be much smaller and greatly underdeveloped than what would be expected if they received the proper external cues from the light and dark.
In addition to reduced development, the constant exposure to lights greatly impacts the insect circadian rhythm. This rhythm regulates the body’s internal clock. It also produces melatonin which is produced during dark hours. Melatonin is a hormone that is very important to the biological function of humans, animals, and insects. In insects, this hormone detoxifies reactive oxygen and nitrogen species to promote immune function and it also protects lipid, protein, and DNA molecules against damage (Desouhant, 2019). Without dark hours, this hormone is not produced and affects the physiology of the insects.
Artificial lights at night impact the development of many insects. The external cues they normally receive are deceitful because the presence of light is constant. The larvae have no other cues to indicate how many days they have been in pupation which is the only way to know when to initiate diapause. Humans may not realize the extent to which the artificial lights at night we use and how they play a crucial role in the evolution of animals and insects. In this case, the insects are negatively impacted and result in underdevelopment.